The story of the conquest in 1519-21 of the Aztec empire in Mexico by Hernan Cortes is detailed.

The first program tells the story of the conquest in 1519-21 of the Aztec empire in Mexico by Hernan Cortes and 500 Spanish conquistadors.Michael Wood follows the path of gambler and womanizer Cortes from his home in Spain to the Mayan pyramids on the shores of the Yucatan, on through the tropical forests of Tabasco to the snow-capped volcanoes of Mexico. Trekking over the mountains in torrential storms, Wood considers how a small band of Spanish adventurers could overthrow an empire of millions, and why the Aztec ruler Montezuma could have believed the Spanish were gods. In modern Mexico City, Wood pieces together the climax of the tale, using dramatic and little-known Aztec eyewitness accounts of the final battle between the Spanish and Aztec armies, a battle that changed the course of history. Before the only surviving portrait of Cortes painted from life, Wood returns to the riddle of the gambler who achieved his dream but in the process destroyed a civilization.

SIGHT is arguably our most important sense, an extremely complex process, which requires light that can start with photons, generated in distant stars and ending in the visual cortex of our brains. In the middle of this process are our eyes. This hour-long documentary looks at the science, medicine and technology of vision and the individuals who are battling the darkness of blindness.

In SOLDIER ON: LIFE AFTER DEPLOYMENT three women – Natasha Young, Amanda Tejada and Lyndsey Lyons – confront the challenges of readjusting to civilian life after their post-9/11 military service. Once back in the United States, the women cope with the disintegration of their relationships, alcohol and substance abuse, depression, health problems, military sexual trauma, post-traumatic stress disorder, and employment difficulties.

An award-winning investigation on the perils of heroin and opioid use. Produced by advanced journalism students at Arizona State University’s Walter Cronkite School of Journalism and Mass Communication, the documentary features heroin users, counselors and law enforcement agents struggling with this epidemic of addiction, which threatens a generation of young people, their families and friends.

On any day, at any time, the person driving in the next lane could be impaired. Increasingly, health care, safety and law enforcement experts point to a dangerous new trend — driving impaired from illegal drugs, pills or even common prescription medicines. The threat is the greatest during the evening hours on weekends when as many as one in four drivers could be impaired, according to studies by the National Highway Traffic Safety Administration. “Drugged Driving” addresses this new and dangerous trend and what is being done to improve safety. It explores how medications can impair vision and balance, cause drowsiness or even render a driver unconscious.

The rich history of America’s Historically Black Colleges and Universities (HBCUs) began before the end of slavery, flourished in the 20th century, and profoundly influenced the course of the nation for over 150 years — yet remains largely unknown. With Tell Them We Are Rising: The Story of Black Colleges and Universities, the latest documentary from Stanley Nelson (Black Panthers, Freedom Riders) and Marco Williams, the powerful story of the rise, influence, and evolution of HBCUs comes to life. A haven for Black intellectuals, artists, and revolutionaries — and a path of promise toward the American dream — HBCUs have educated the architects of freedom movements and cultivated leaders in every field while remaining unapologetically Black for more than 150 years.

These institutions have nurtured some of the most influential Americans of our time, from Booker T. Washington to Martin Luther King, Jr., W.E.B. Du Bois to Ralph Ellison, Toni Morrison to Oprah Winfrey, Alice Walker to Spike Lee to Common. A key driver of Black social, political and economic progress, HBCUs were also a place of unprecedented freedom for African American students and a refuge from the rampant racism that raged outside the campus walls. Tell Them We Are Rising captures this important history to tell the dynamic story of Americans who refused to be denied a higher education and — in their resistance — created a set of institutions that would influence and shape the landscape of the country for centuries to come.

Author Beverly Cleary created some of the most loved characters in children’s literature, including Ramona Quimby, Henry Huggins and Ralph S. Mouse, among many others. In Discovering Beverly Cleary, we will celebrate her life, her literature and her legacy.

Women account for roughly 14 percent of the active-duty U.S. military and more than 24 percent of the National Guard, yet they often receive less than a hero’s welcome upon their return to civilian life. Many face poverty, homelessness and joblessness; deal with the psychological and physiological effects of Post-Traumatic Stress Disorder from military sexual trauma and combat related injuries; and often receive poor service from a Veterans Administration ill-equipped and, in some cases, unwilling to help them.

The Emmy-nominated documentary WAR ZONE/COMFORT ZONE uncovers the plight of these veterans through the intense and personal stories of four women veterans coping with life after their military service. Each seeks a sense of normalcy and peace without the benefit of a comprehensive support system. WAR ZONE/COMFORT ZONE weaves together intimate interviews with the story of two women – Shalini Madaras and Joy Kiss – struggling to establish transitional housing for homeless female veterans in Bridgeport, Connecticut, despite virulent community opposition. 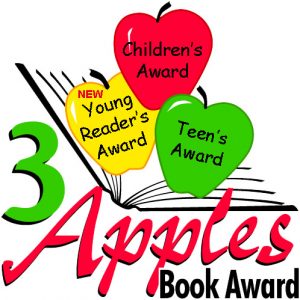 The 3 Apples Book Award nominees have been announced and it’s up to your students to READ READ READ! This is the only award where kids nominate and vote for books for kids! The voting will take place in April. Each child has one vote cast at either their school or public library.

Winners will be announced online at www.nyla.org/3apples

The list of nominees, further information, and marketing materials can be found online at: The NYLA 3 Apples Website

Get free ebooks for PreK through 6th grade with this online reading platform! Epic is free for educators to sign up and use with students. Have students use your unique Classroom Sign In Code or create an account for them. No need for students to have email addresses. Here you can create reading lists, assign books to individual students, or you can create quizzes to assess their comprehension. You can monitor students’ reading activity and create assignments to enhance their learning. Epic! also includes audio books for those students who are auditory learners.

To sign up, go to www.getepic.com or download the app. If you have questions or would like me to do a short training webinar for you, send me a quick email!