To celebrate the 100th anniversary of the signing of the 19th amendment, which granted women the right to vote, WXXI has developed a number of audio profiles accessible on their website.

These short audio clips are great for a quick introduction to a topic, to get students thinking and talking about suffrage, the voting rights of all citizens, and some of the issues that parts of America are faced with today.

In addition to our vast collection of music and sound effects from Soundzabound, there is another free resource where you can find stock music. This is https://mixkit.co. When you click into the music section of the site, you are able to browse an array of various music clips. At the top, you can search for music with specific terminology, or you can filter the selection by Genre, Mood, or Tag. It’s a quick easy way to find music for your student films, podcasts, or stop motion videos.

If you’re using a video editor on a computer, you can also use Mixkit to download free stock video footage. 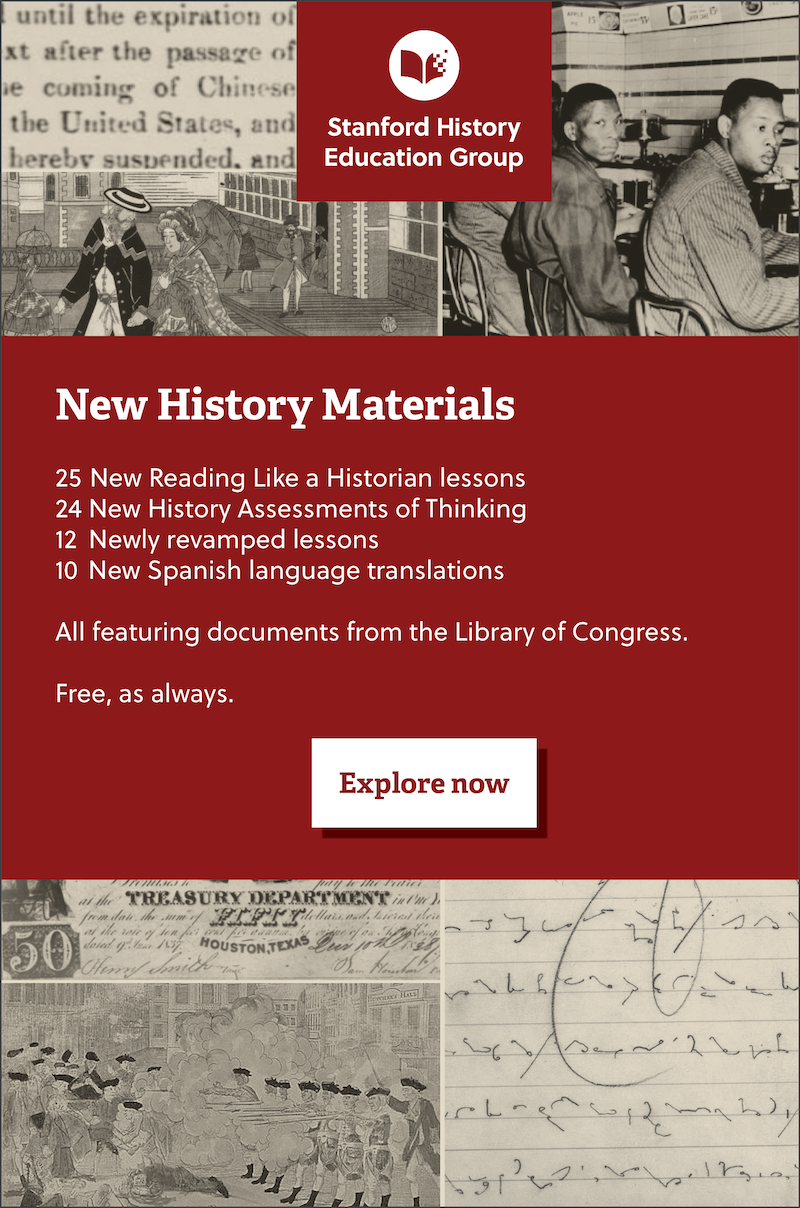 Submissions are open for the 2020 Digies Festival. See their website at: www.digies.org 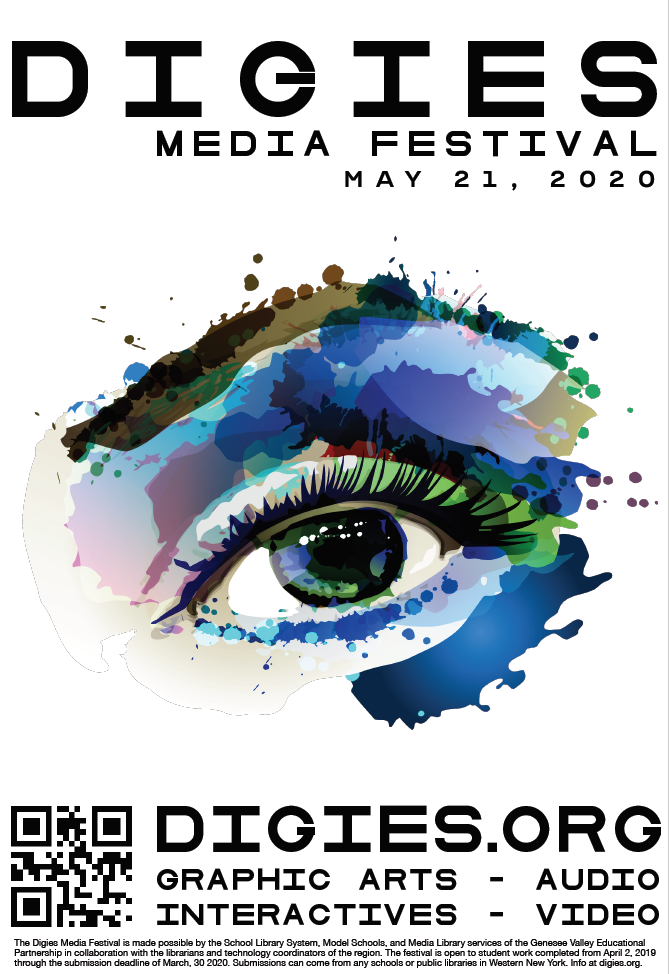 There are two learning opportunities coming up in the next two weeks.

This week, Classlink is hosting a webinar on March 19 with New York school district technology leaders on Ed Law 2-d. If your district is already using ClassLink, this may be very valuable information for you. If you are using something else, it may still be valuable, but keep in mind they will be talking about the ClassLink product.

Next week, WXXI Education is hosting a free environmental-themed educator open house (Inventing Green Open House) on Wednesday, March 25 from 4-7 p.m. at WXXI Studios. It is open to any educator working with 2nd – 8th graders (8-13 years old). Educators can include: classroom teachers, after-school and out-of-school staff, librarians… There will be free learning materials, giveaways, prizes, local community partners, resources from PBS KIDS Design Squad Global, and more! The event is free but registration is required.

Monroe One BOCES offers educators in districts that participate in our Multimedia service the SAFARI Montage instructional video platform, and Learn360 videos.

To get there, go to: https://media.monroe.edu and log in with your Active Directory account (what you would normally use to log in to your school computer)

It’s important to have a clear purpose for using a film, documentary or news clip. Make sure you’re not just assigning a video to use up time.

Be purposeful when using video, such as:

In our media rich society, it’s more important than ever to help our students become critical consumers of media. According to Media Literacy Now, “the average kindergartener sees about 70 media messages every day. By the time they’re in high school, teens are spending more than 1/3 of their day using media.” (1) Here are 5 questions they can ask to help become more media literate.

1. What is this media message saying to me?

Cut through all of the distractors and identify the main message. Is the message clear?

2. Who created this message?

Who wrote this? Is there a bigger entity behind the writer?

3. Why did they create it? Who makes money from it and how?

4. How does the message make you feel? How might it make other people feel?

5. What creative technique was used to attract my attention to this media?

Does it use catchy music or visuals? Is the headline alarming or does it make you curious?

By asking these questions, students will get to the heart of media messages and how they are constructed, and ultimately empower themselves to be better digital citizens.

Do you have an idea for promoting media literacy in your classroom, but don’t have the cash to implement it?

The New York State Educational Media/Technology Association provides up to two annual Media Literacy Project Grants in the amount of $1,250.

Media Literacy is defined as the ability to comprehend, design, and produce media. It includes critical thinking skills used to evaluate and analyze information in a variety of formats. Media Literacy is essential to be able to distinguish between fact and fiction.

​The purposes of the grant are to:

Eligible educators must work in a district that participates in the media service at a BOCES or Big 5 that is an EMTA member.

SAFARI Montage is your guide to BOCES educational video resources!

Monroe One BOCES Multimedia service has a LOT of video resources FREE for Multimedia Service Members to use. During this hour-long workshop, we’ll learn how to access these videos, use them with classes, and take a look at our newest content.

This is for teachers and librarians in districts that participate in the Monroe One Multimedia Service.

March is Music in Our Schools Month so it’s a perfect time to incorporate music into the library and collaborate with your music teachers.

We have lots of resources that can help you get started.

Bill Nye: The Science of Music – Grades 3-8: In this live-action, fast-paced program, Bill Nye the Science Guy explains how each musical note and every tone of each instrument is, in fact, a unique sound wave. Along the way, students will learn about the science behind getting the exact sound waves in the pattern desired. Features comedy, music videos, interviews with real scientists and hands-on experiments to make the concepts presented understandable and fun. Disney Educational Productions. c 1998 Disney.

Musical Devices in Poetry – Grades 6-12: This brief clip discusses the use of musical devices in poetry, including assonance, consonance, dissonance, onomatopoeia, caesura and repetition.

Music as Language – Grades 7-Adult: This TED-Ed lesson by bassist Victor Wooten, accompanied throughout by his own guitar playing, discusses the language of music and how to learn and approach that language. As seen on YouTube.

Embedded within SAFARI Montage, Learn 360 also has a series about Music Around the World:

Introducing the Music of Africa: Music of the World: African music permeates the many diverse cultures across the continent. The legacy that African musical traditions have passed to contemporary musicians is rich and varied. From the iconic djembe drum to the distinctive a capella choir vocals, Africa’s music embraces many instruments and rhythms. This program presents a selection of music from the countries of Africa that have impacted movements such as blues, jazz, rock, and rap.

Introducing the Music of Mali: Music of the World: “Observe Niam, a boy from Mali, work to become a Jali, or folk musician. See him practice his instrument, a Kora, to prepare for a music competition. Follow him to the competition and listen to his winning song.”

Introducing the Music of India: Music of the World: Over thousands of years, music has woven through India’s rich culture. Though Indian music has changed and diversified, tradition remains strong. This program introduces the origins and cultural relevance of music in India. Indian Classical, Folk and Bollywood melodies and rhythms are discussed. Demonstrations of how to play widely used instruments – the bansuri, tanpura, sitar, tabla, and kinjira – will be of particular interest to music students.

Introducing the Music of Japan: Music of the World: Whether it’s the unique sounds of a Koto, Shamisen, Shakuhachi or Shinobue, or the pounding of traditional drums, Japanese music has evolved over centuries as an integral part of the nation’s rich culture. Featuring Shakuhachi performer Adam Simmons, Koto performer Brandon Lee and Japanese drummer Toshi Sakamoto, this video explores the history of Japanese music, its structures and a range of traditional instruments.